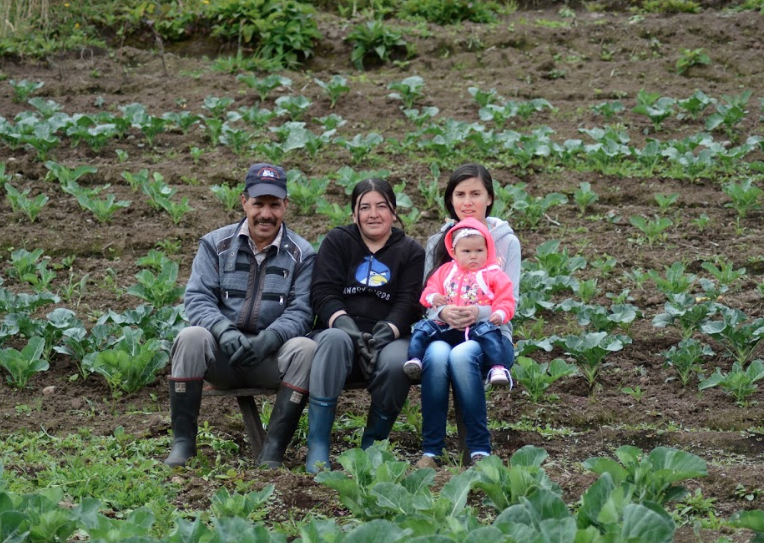 The NGO Both Ends through its JWH initiative in February 2018 awarded María Elena Pulido, a farmer from the Páramo de Guerrero, for her leadership in actions aimed at recovering the páramo through organic agriculture. The prize is an economic aid to support the award winner’s development as a rural leader and to strengthen their technical capabilities. But who is María Elena, how does she live, and what did she do to deserve the prize?

When María Elena attended elementary school, she wanted to know more than her classmates. It was as if she knew that knowledge would open many doors for her, and it was true.

But gaining that knowledge wasn’t easy.

The first obstacle came when she finished his elementary school. She wanted to attend high school, but her village did not offer high school classes. She would have to study in Subachoque, a nearby town, and pay for daily transportation. But her parents could not afford it, so María Elena had to postpone her dreams.

But her curiosity did not stop.

She had always liked the páramo and its plants, animals, landscapes — even the intense cold, typical of those heights. And María Elena never forgot who taught her how to take care of the páramo.

How wise were those words!

The Páramo de Guerrero is located north of the department of Cundinamarca, in the high areas of the municipalities of Carmen de Carupa, Tausa, Zipaquirá, Subachoque, Cogua, Pacho, San Cayetano, and Susa. Of the total area of the páramo (almost 42,000 hectares), 5,000 are in Subachoque, the municipality where María Elena lives. The Páramo de Guerrero is one of the most damaged páramos in the country. It is believed that 70% of the land has deteriorated because of harmful agricultural practices, intensive grazing, and indiscriminate mining. 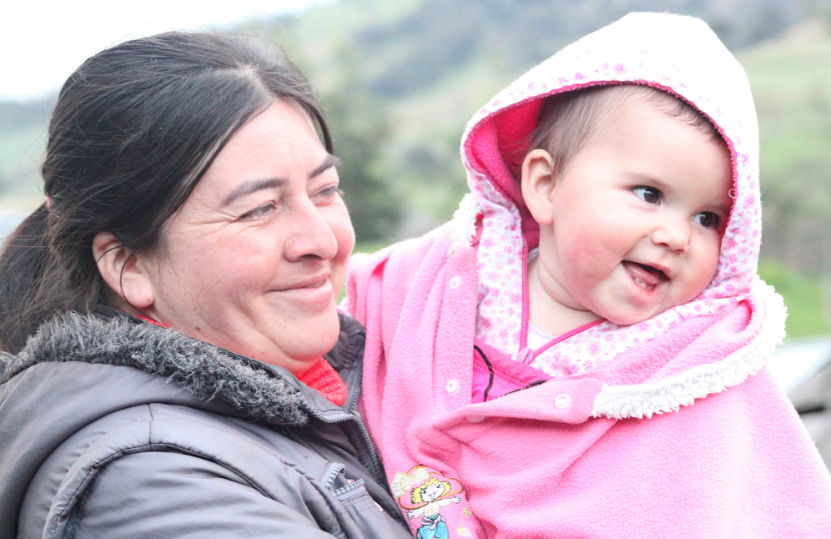 María Elena’s dreams of finishing school were postponed when she became a mother at 15 years old. The situation brought new responsibilities and many expenses, which she and her husband, Carlos, could not afford.

So María Elena started washing clothes for her neighbors and making lunches for workers, which she distributed while carrying her daughter in her arms.

It was a difficult time; but what is easy in this life? she asks.

But the desire to learn was still alive.

At age 27 she learned about a curriculum for adults in a school in Subachoque, and she did not think twice. She spent two years going back and forth between her village and Subachoque, but it was worth it.

María Elena lives in Pantano de Arce, located in the part of the Páramo de Guerrero that corresponds to Subachoque, a municipality near Bogotá. Seventy families live in Pantano de Arce, and they derive their livelihood from agriculture, mainly from growing potatoes and raising livestock dedicated to milk production. Most of the farms belong to small farmers; the rest rent their land for potato cultivation, a crop that demands large quantities of chemical products.

In 2015, María Elena’s neighbors told her about a farming technique that made rational use of natural resources. What struck her most was knowing that she could produce potatoes without using chemicals. She had always been surprised by the number of pesticides (between 15 and 20) that farmers have to apply on the crop, but everyone told her it was the only way to produce potatoes in the páramo.

María Elena then decided to experiment with organic agriculture. Together with some of her neighbors, she began to plant potatoes organically, following the instructions of José Hernandez, an agronomist who lives in the village. 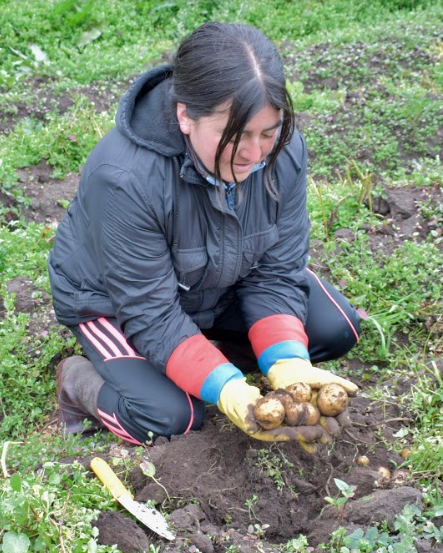 After much trial and error, she realized that they could produce potatoes that had good taste and texture on their farms, despite the páramo’s extreme climate and altitude. Soon she had eleven committed producers.

The farmers knew that the crop yield decreased if they did not use chemicals, but they also knew that they could sell their harvest at a higher price if they could give it added value.

Then someone recommended that they formalize the group of producers. ASOARCE, the association of agroecological producers of the Pantano de Arce, was born.

Over time they learned more about the technique and became skilled in selecting the best potato seed. They knew which biological products protected the crop from diseases, and they knew which plants repelled the insects that damage the potato.

Within a year they will be certified as organic food producers, but the fruits of the work are already seen. Not only are they producing organic potatoes (commercial and native varieties), but they are also harvesting cauliflower, broccoli, onions, beets, cubios, yacon, and quinoa.

María Elena is the legal representative of ASOARCE, but her work does not stop there. Besides her role as wife, mother, and grandmother, she attends weekly meetings of the Community Action Board of Pantano de Arce where she serves as secretary. She is also a delegate of the Consultative Council of Women in Subachoque.

And thanks to the prize from Both Ends, she can now learn even more and share her knowledge.

Her life is busy, but she likes it that way.

Maria Elena’s award is granted by Both Ends, a Dutch non-governmental organization (NGO) that works with environmental justice groups* from poor and developing countries to achieve a sustainable, fair, and inclusive world. One of its projects, the Joke Waller-Hunter (JWH) Initiative, awards a small grant for the education and training of people designated by organizations as potential future leaders.

* Environmental justice means that everyone has the right to live in a safe and healthy environment, regardless of race, ethnicity, or income.