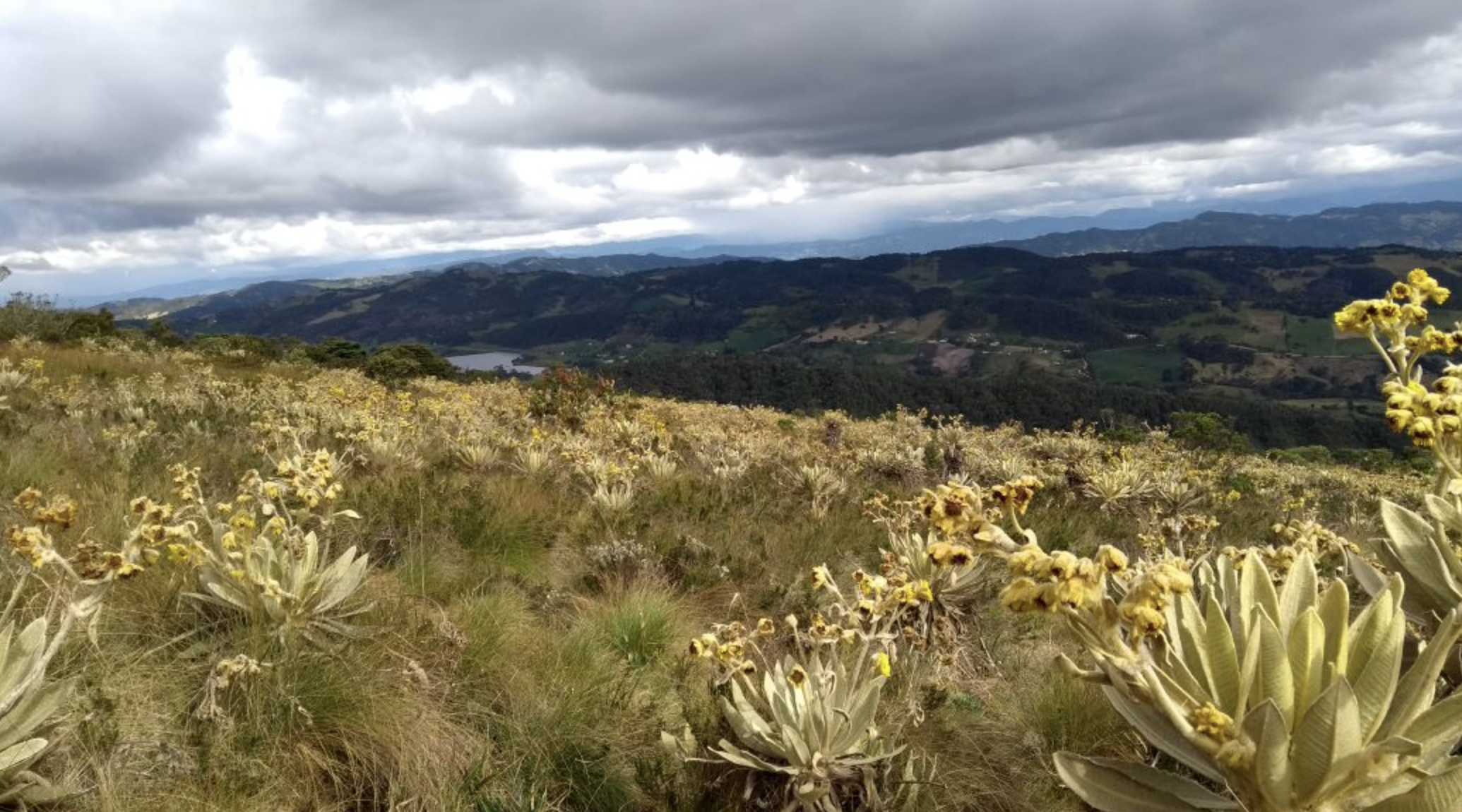 The Paramo de Guerrero is one of the most devastated paramos in Colombia. It is believed that its land
has deteriorated because of the bad agricultural practices, the intensive pasturage and the unsystematic
mining.

It is therefore essential to carry out activities aimed at restoring this ecosystem. The Association of agro
ecologic producers of Pantano de Arce, ASOARCE, has been doing so since 2015, and now with the help
of foreign interns. Learn about the story of the French student Johanna Malard'hie and the reasons that
motivated her to do her internship at the Páramo de Guerrero. 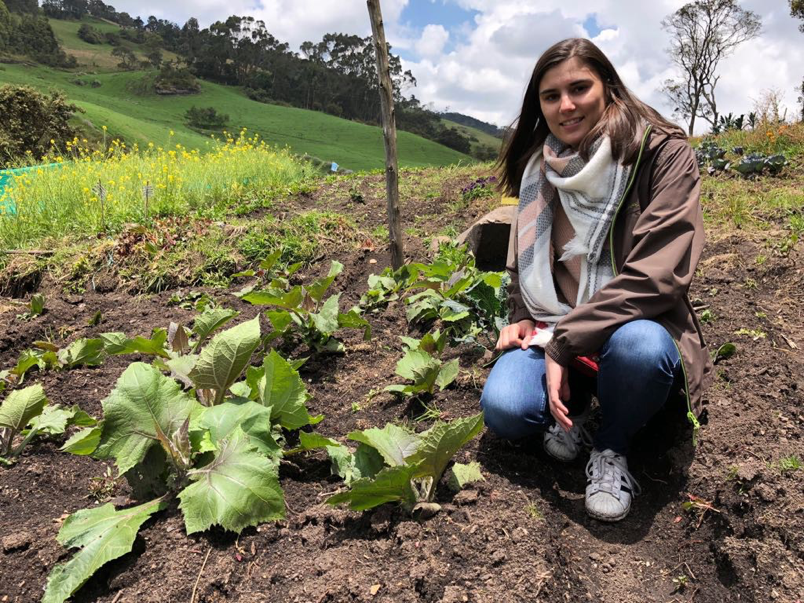 My name is Johanna Malard'hie and I love working in agrifood projects. I am currently in my last year at the School of Agronomic Engineers in International Development. As a school condition to grant the degree, I specialized in agro-industry at Montpellier SupAgro, another French institution.

At 22 y.o. I already was in Thailand, Malaysia and Singapore (two months), working on the commercialization of products made with a tuber called konjac, and in Peru (four months), collaborating in the quality management of an agri-food company.

Now I will be in Colombia for six months, contributing with my experience in the preparation of baked & oil-free chips, made with beet, yacon and native potatoes.

I arrived through the French NGO “Compétences Solidaires”, an organization that connects professional volunteers with organizations in need of help in technical or management areas.

There were five reasons that moved me to apply for this opportunity and come to Colombia to work at the Paramo de Guerrero. They called my attention while in France and I ascertained them here. I want to share them with you:

Reason # 1: The goal of Paramo Farms

Paramo Farms is the company that commercialize ASOARCE products and with which I made the first contact to accomplish the internship. I liked that beyond consolidating as a company, Páramo Farms is contributing to the sustainability of the reconversion programs at the Páramo de Guerrero.

I enjoy working with country people. They are kind, simple and have virtues that we lost when moved to the cities. The Pantano de Arce community was no exception. It wants to learn everything and cares about the environment: for three years it has grown potatoes without chemicals. The community was very successful that it started planting, other roots and tubers (beets, cubans and yacon), cabbages (broccoli and cauliflower), leafy vegetables (chard) and some species such as laurel, rosemary, calendula, quinoa and amaranth, all without any chemicals.

Reason # 3: The resurgence of Andean crops

I love learning that in this area they grow native species and that the farmers want to add extra value to their crops. My job is to adjust the process to industrialize potatoes, beets and yacon. The technique is currently advanced, and has provided us good results in the flavor tests.

Reason # 4: The renewal of the environment

It is exciting to participate in an initiative that seeks to restore degraded soils. In this case, due to intensive agriculture and inadequate livestock practices. Producers have proven to be able to produce food without harming the environment. They do it despite the adverse climate conditions and the high altitude of the Paramo.

Reason # 5: The beauty of the Paramo

Realizing that Colombia has half the paramos of the world and that they supply water to cities and hydroelectric plants ended convincing me to come. I am a lucky person to know this ecosystem. The French, and in general the Europeans, do not know their existence. 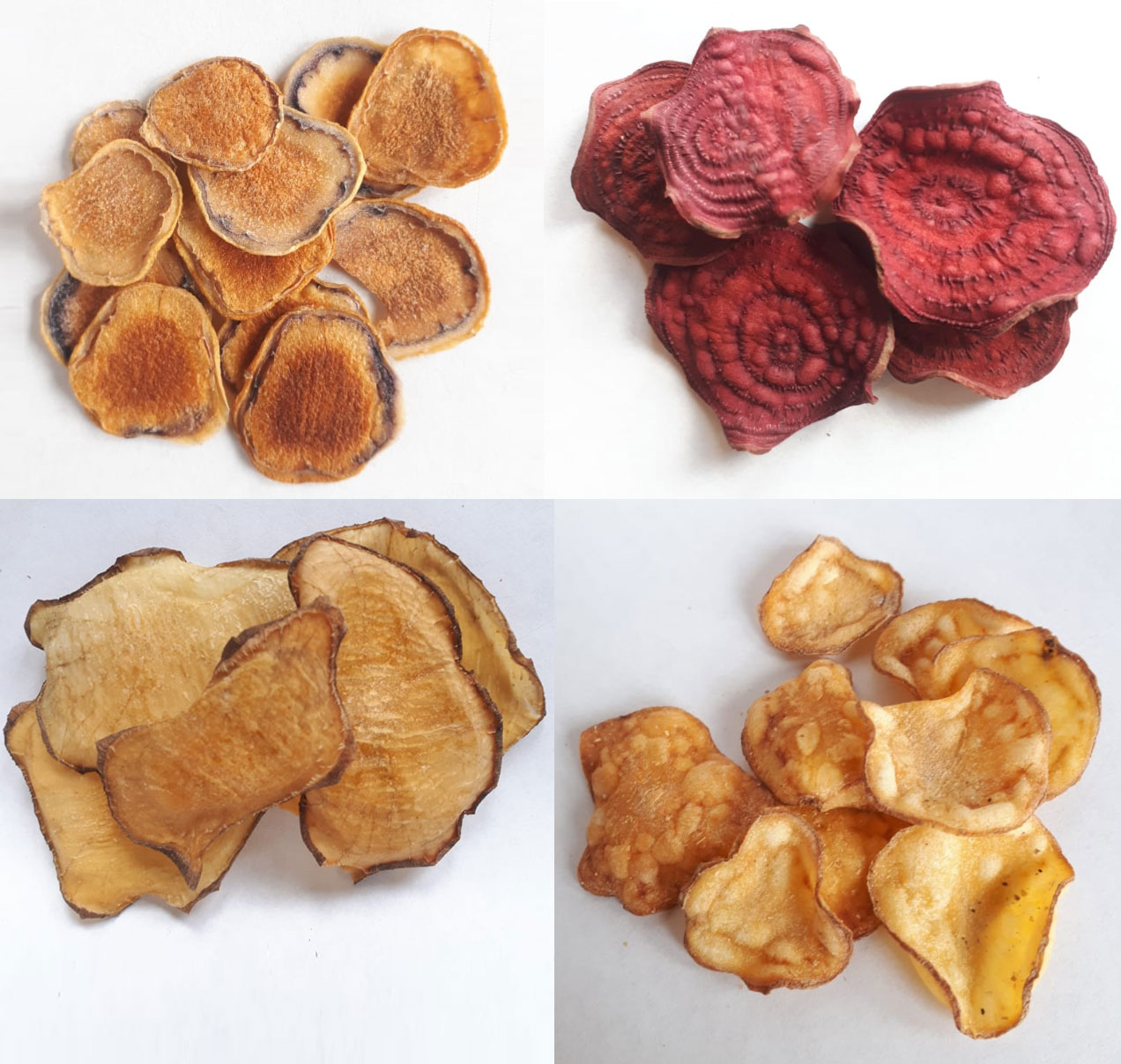 Paramo Farms is a company that supports the agroforestry reconversion project of the low income farmers community of Paramo de Guerrero.

The project is focused on restoring degraded and deforested areas of the paramos, and turning them into organic, diversified and sustainable production models, rescuing ancestral high mountain species (mainly,native potatoes).

As part of the strategy and with the aim of guaranteeing the economic sustainability of the community,Paramo Farms has developed a line of baked chips of organic origin (100% oil-free), with great acceptance in the preliminary taste and concept tests.

In that stage is where Johanna contributes her knowledge.