How to Restore the Paramo of Guerrero Using Organic Farming: the Case of the Potato​ 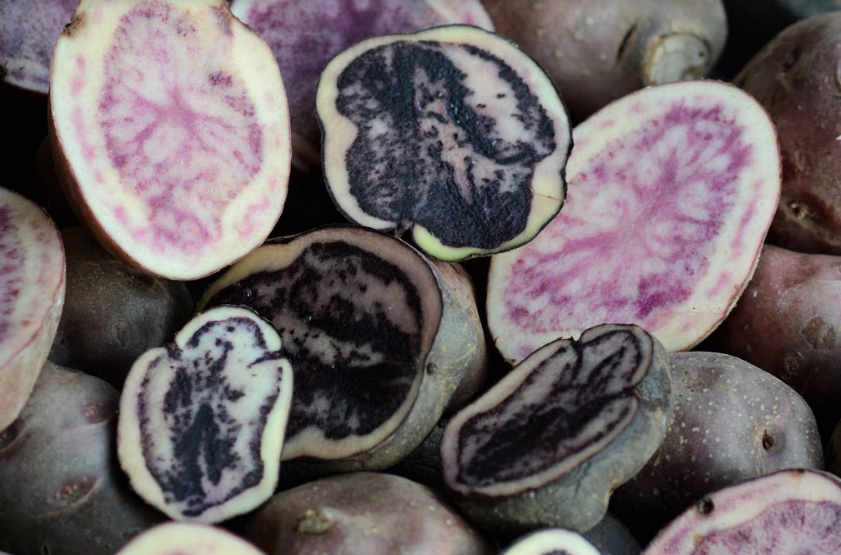 Though they may not know it, some people of Bogotá have a daily relationship with the Paramo de Guerrero: They consume water that comes from there.

The water from the Río Frío, which begins in the paramo, collects in a reservoir at the Tibitó water treatment plant, which supplies Bogotá and nearby municipalities.

But the Páramo de Guerrero is one of the most damaged paramos in the country. It is believed that 70% of the land has deteriorated because of harmful agricultural practices, intensive grazing, and indiscriminate mining.

Protecting this páramo (and the other 35 in the country) is a priority of the Colombian government.

The Ministry of Environment and Sustainable Development issued Resolution №1769 in 2016, which defines the boundaries of the Paramo of Guerrero and gives instructions on how to carry out agricultural activities in the area.

At that time, a group of eleven small farmers of the páramo decided to implement these guidelines in their farming practices.

Members of the Association of Agroecological Producers of Pantano de Arce (ASOARCE) planted potatoes and vegetables and used organic practices to restore the soil. The produce has been of excellent flavor and texture, despite the adverse conditions of the páramo’s climate and altitude.

This article describes (1) how farmers control pests and diseases in potato crops without the use of chemicals and (2) how they perform their traceability.

The paramos are natural ecosystems whose main function is to regulate the flow and the quality of the water that they generate — as long as they are well preserved. If they are not, as in the case of the Paramo of Guerrero, strategies are designed to fulfill that function.

Growing potatoes and vegetables in the Páramo of Guerrero is part of an agroforestry system that integrates the production of organic food with the planting of native trees and the conservation of drinking water sources. 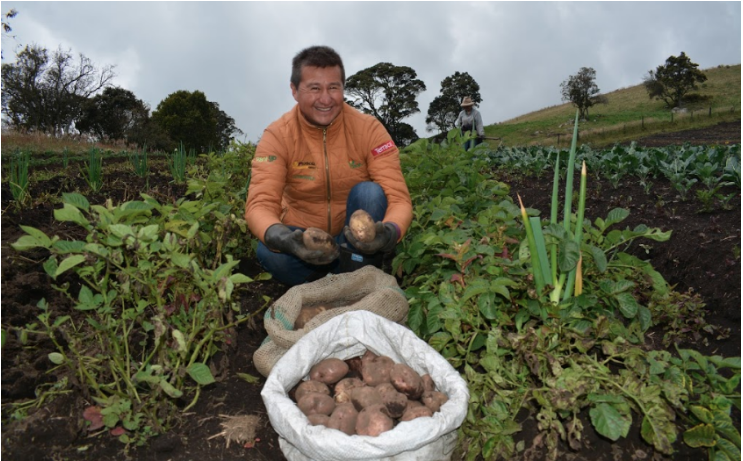 In the Paramo of Guerrero, more than 150 hectares of potatoes are grown; most of the acreage produces seed potatoes, and the rest is dedicated to producing tubers for self-consumption.

ASOARCE farmers grow potatoes for their food but want to enter the market for organic products. To do so, they are evaluating fourteen potato varieties, including commercial and native varieties. Those of higher production and resistance to pests and diseases will be grown commercially.

Although the evaluation process has not finished, three varieties already stand out: Única, Criolla amarilla, and Cacho de cabra.

Control of pests and diseases

To increase yields, ASOARCE farmers select the best plants from their crops (positive selection) and harvest the seed potatoes. They successfully carry out this activity because they know how to identify healthy plants and recognize the symptoms of primary pests and diseases.

To reduce the occurrence of physiological defects, farmers enhance the soil with the nutrients it needs. According to a physicochemical analysis, soil in the Pantano de Arce district lacks potassium, calcium, and magnesium. To correct the deficiencies, the farmers fertilize the soil with phosphate rock, dolomite lime, and Patentkali.

The seed potatoes are treated with a biopesticide called Baculovirus that protects it from the Guatemalan potato moth (Tecia solanivora). 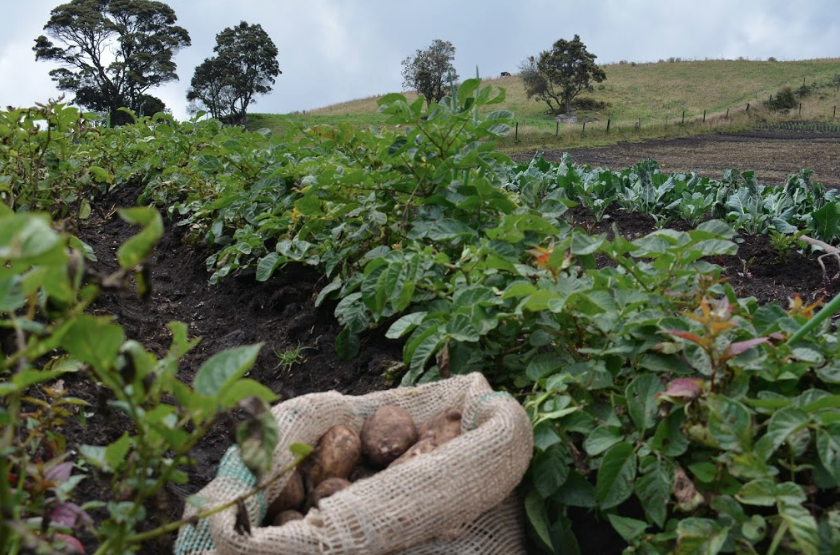 Before planting, farmers disinfect the seed potatoes with extracts of garlic and chili and citrus. After the planting, they saturate the soil with a solution of hydrogen peroxide. Both applications serve to ward off pests and diseases and stimulate root development. For the same reason, one day after planting, farmers soak the soil with a biological solution of trichoderma, bacillus subtilis, phosphorus-solubilizing bacteria, beauveria bassiana, lecanicillium lecanii, metarhizium, and paecilomyces lilacinus. They use mycorrhizae as a biofertilizer and diatomaceous earth as a biological insecticide.

The protection is completed with the planting allelopathic plants, such as onion var. Junca or radish.

Allelopathy refers to the beneficial or harmful effects of one plant on another plant, both crop and weed species, from the release of biochemicals, known as allelochemicals, from plant parts by leaching, root exudation, volatilization, residue decomposition, and other processes in both natural and agricultural systems.

Traceability is a set of actions and methods that tracks a product from their origin to their final destination.

Traceability provides relevant information for food security, such as the inputs used during the production process. But it is also a fundamental tool for farmers because by registering, evaluating, and verifying their activities, they can detect and correct their errors, recognize their successes, and continue to implement practices that lead to positive outcomes.

Farmers of ASOARCE use a system that takes into account:

To identify the plots, farmers

Traceability has allowed ASOARCE farmers to sell potatoes in new markets and be more competitive. In this way, they meet one of the requirements of the buyers and consumers market: food quality and safety.

To learn more about organic potato production, contact José Hernandez (+57 320 8559188, jhernandez563@hotmail.com ). José is an agronomist, lives in the village of Pantano de Arce, and is part of the association. He has been supporting ASOARCE for three years.

Completing the boundaries of the paramos is a pending task of the Colombian government. This critical information dictates the handling and restrictions of land use. However, the challenge remains to involve the rural populations in the new production systems. These systems must be compatible with their needs and ways of life, as well as with the maintenance of environmental services.

ASOARCE is a clear example of how a producer community is committed to the region where it lives. In compliance with the regulations recommended by the environmental authority, its members have developed a potato production system that generates economic and environmental benefits.

One of them, the restoration of soil in Pantano de Arce, has already begun. An analysis conducted this year by the Jorge Tadeo Lozano University showed the absence of residues of 27 of the most commonly used chemicals in potato cultivation. The soil sample was taken from a plot where organic potatoes have been grown during the last three years.