Páramo of Guerrero: Discover what farmers do to protect it​ 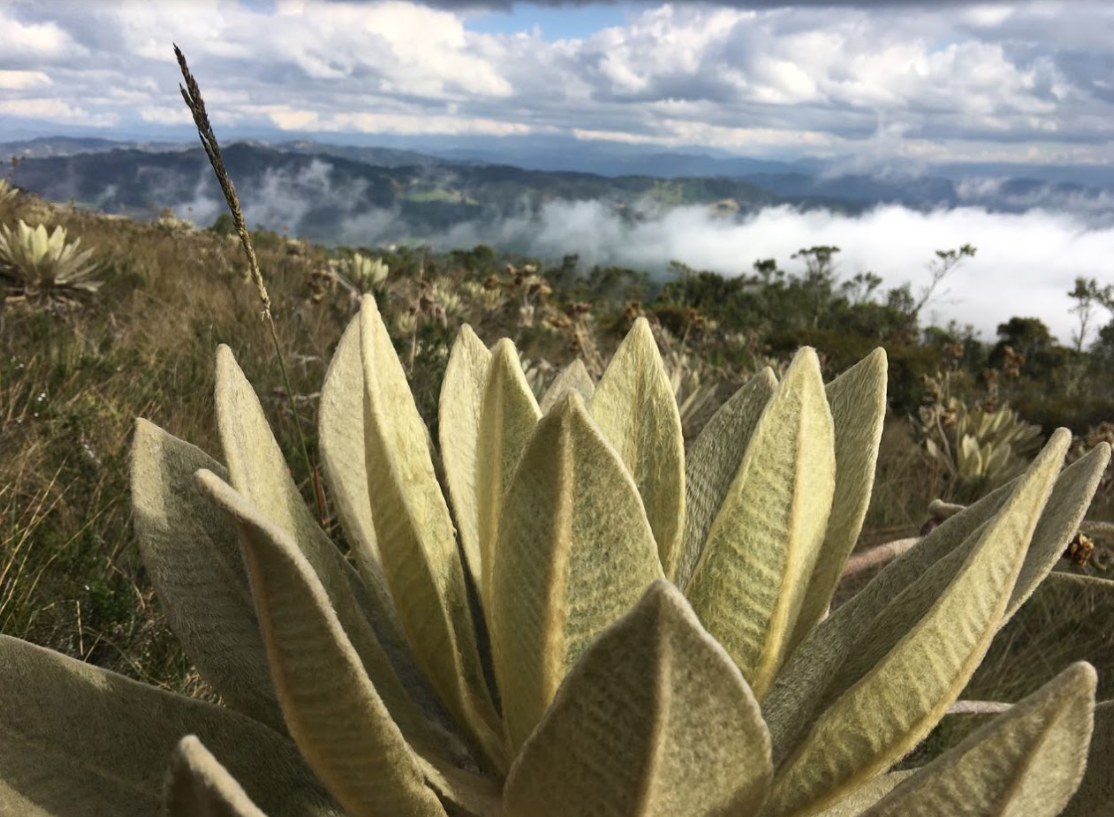 Cenaida, Elena, and Barbara are three women who operate small farms in a village in Subachoque, a town near Bogotá. Their farms are in the Páramo of Guerrero, and the women are part of the Association of Agroecological Producers of Pantano de Arce, ASOARCE.

For the past three years, they have been planting organic potatoes and vegetables to restore their farms’ soil. And although the yield may be lower than other crops they could plant, the produce has excellent flavor and texture.

And it’s all achieved without the use of agrochemicals.

Why do farmers sacrifice part of their production to protect the paramos?

What is the urgency to conserve these fragile ecosystems that supply water to many cities?

Páramos are high mountain ecosystems present in some tropical regions of Central and South America, Asia, Africa, and Oceania. In the Americas, these ecosystems can be found in Colombia, Costa Rica, Ecuador, Panama, Peru, and Venezuela. They are usually located more than 3,000 meters above sea level.

Colombia is home to half of the paramos of the world, with almost 2.9 million hectares. More than 300,000 people, including miners, farmers, and ranchers, live in Colombia’s paramos.

Because of their water storage and regulation capacity, the paramos supply water to 16 capital cities and 73 hydroelectric plants of the country. Those who live in the paramos depend on its water supply to produce food and milk.

But the paramos are deteriorating rapidly. The decline is due mainly to mining, intensive agriculture, the introduction of exotic species of plants, livestock expansion and extensive grazing, and uncontrolled tourism.

Today paramo’s soils have little organic matter. They suffer from compaction, and their porosity has deteriorated to such an extent that many no longer store or release water gradually. Likewise, the paramos’ capacity to capture carbon dioxide (CO2) has decreased.

Why did the association decide to protect its paramo?

Members of ASOARCE understood that their paramo was losing two of its most important benefits:

The paramos store almost all of the rainwater that falls on it. This precipitation does not evaporate because of the permanent presence of clouds and the low temperatures in the area.

As the water moves through the ground, it makes its way to streams and rivers. What was originally rainwater eventually becomes a flow of fresh water, ready to be consumed.

But the paramos also absorb large amounts of CO2—even greater quantities than the tropical jungles and the plains. Through a process dependent on low temperatures, they convert CO2 into organic matter.

The amount of CO2 that the paramos absorb is so notable that the department of Boyacá is studying the possibility of selling the CO2 that their páramos capture. The idea arises from the need to finance the protection of the paramos and offer economic alternatives to those who live in them.

What is the association doing to protect the paramo?

The Paramo of Guerrero is one of the most damaged páramos in Colombia. It is believed that 70% of the land has deteriorated because of harmful agricultural practices, intensive grazing, and indiscriminate mining.

Like all the small farmers of the paramo, the members of ASOARCE earn their living from agriculture. Three years ago, they started a program to transition to the organic production of potatoes and vegetables, with particular emphasis on native varieties.

Through cooperative activities, mutual aid, and self-management, the associates have shown that they can work effectively when they pursue a common good.

Their goal was to adapt the varieties of potatoes and vegetables to the adverse conditions of the páramo’s climate and altitude.

The members wanted to protect the páramo, but at the same time, develop a profitable activity.

To meet this goal, they followed the recommendations of the Colombian Agricultural Institute (ICA) on organic agriculture and good agricultural practices. Likewise, they complied with the environmental protection regulations proposed by the Regional Autonomous Corporation (CAR).

In the end, they harvested organic potatoes and vegetables of excellent flavor and texture. The produce is suitable for fresh consumption and processing.

The association’s products are now marketed under the  brand, thus contributing to the sustainability of the Páramo of Guerrero reconversion programs.

The ASOARCE farmers have shown that they are capable of producing food without degrading the soil, and they do it despite the adverse conditions of the paramo’s climate and altitude.

But to take the association to the next level and ensure its sustainability, it must fund its efforts. The association is seeking to strengthen the commercialization of its products and consolidate ASOARCE.

After those goals are achieved, the association will be able to work with a greater number of farmers and restore and protect more hectares of the paramo.

If you or your organization can help the association move to the next level, please contact to Margarita Cabal, margaritarcabal@gmail.com.